In the spring of 1917, noted photographer Frances Benjamin Johnson visited this adobe home, then owned by John Henry Fisher, who was a prominent banker and businessman. The home was located in Redlands, California.

The 1913 Western Edition of Notables of the West: Being the Portraits and Biographies of the Progressive Men of the West, Volume 1, described John Henry Fisher and his home as follows:

Mr. Fisher is a patron of the arts and has spent considerable time traveling in the United States and abroad. His home, one of the handsomest in Redlands, is filled with art treasures, which he has collected during his travels and which have been brought together for their artistic and historic value.

In the photo above, you can view some of these “art treasures.”

John Henry Fisher had amassed an impressive collection of Native American artifacts. There are multiple examples of Native American basketry, including coiled baskets and others. He also had a display featuring an assortment of different deerskin and hide garments.

The area rug appears to also be of Native American origin; it could perhaps be a Navajo rug.

Evidently, Mr. Fisher was either a hunter or a fan of taxidermy, as there are several taxidermy examples hung on one wall.

The furniture in the room is sparse, consisting of a couple of simple, rustic wood chairs.

Overall, the room provides fantastic inspiration for both collectors of Native American decor, and connoisseurs of Southwestern style furnishings. 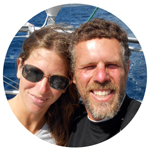